Are you a brand? 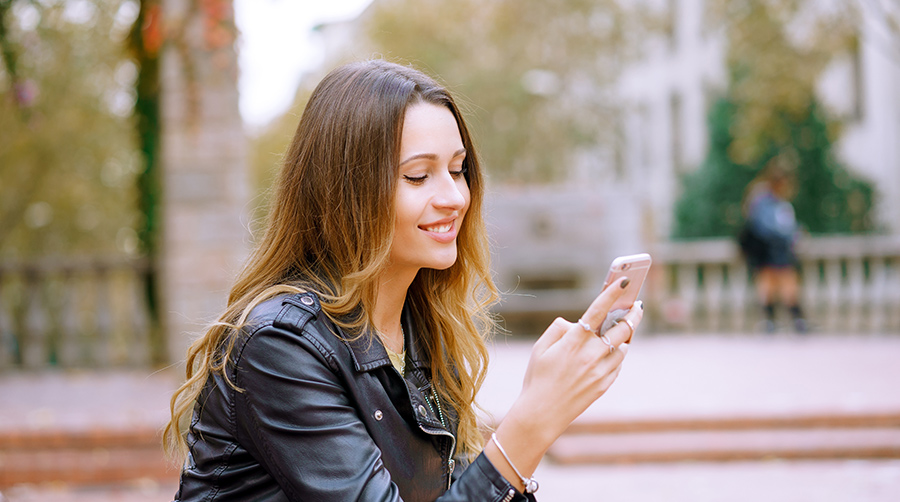 We all shop for different reasons. We shop out of necessity and utility, of course. But for some of us, shopping also evokes joy, comfort, validation, even stress relief. And increasingly, I believe we’ll shop as a form of entertainment.

While this motivation may be latent—even subconscious, for most—in the U.S., it’s an economic driver that’s well understood in China, fueling a thriving video ecommerce market. In Asia, the powerful force of video entertainment shopping has spawned a livestream ecommerce industry akin to professional movie production. It’s more than a place where anyone can be a seller from their bedroom—in fact, quite the opposite. In China, selling via video commerce has quickly evolved into professional grade programming. There, selling sessions are scripted and hosted by sellers who are no less qualified than actors on a television show. There’s high-end lighting, rented wardrobes and sets, sound editors, production managers, and professional make-up artists. There’s even confetti! It’s why live shopping is already an $137 billion a year industry in China—truly, an industry. By comparison, digital ad spend in the U.S. totaled approximately $135 billion this year, according to eMarketer.

This is not a trend—it’s a game-changing movement. I call this shopatainment. Shopatainment is when sellers leverage video over photos to sell products, and where buyers browse seller videos as if they’re switching TV stations, looking for entertainment.

While early examples of shopatainment in the West have been created in people’s homes or in low-cost set-ups, shows are destined to become high-fidelity productions. And though there are U.S. startups vying for this space—not to mention the many existing ecommerce brands that are rightfully eyeing live shopping as an add-on feature—this is not a winner-take-all phenomenon. Ultimately, I believe that every successful future online retailer will one day rely on video over traditional photo-based listings.

Shopatainment is part art, part game show, part theater, part supply chain management, and part auction house. Most of all, it’s retail’s killer app. Here’s what I’ve learned in my experience as a live ecommerce seller, and buyer —and what founders building in this space need to know.

It’s about forming a connection with the seller

I’ve previously talked about the importance of authenticity and relatability in establishing and growing influence, particularly among Gen Z. That sense of an emotional connection is becoming more important than ever. It’s why we go to concerts rather than listening to Spotify—it’s less about the connection with the stranger standing next to you and more about the musician’s stories and personal asides between songs. It’s the glimpses of life behind the music that make us feel an affinity to that artist (and, incidentally, probably buy a band T-shirt after the set).

Forget everything you think you know about influencer marketing. Shopatainment is more about wit, stamina, and sustained energy than a persona with an existing massive following. Less idols, more Lucille Ball. This is brand-building in a microcosm, and it’s harder than it looks. (Trust me, I’ve sweated in front of that ring light.) In Asia, for example, it’s not necessarily the existing Instagram influencers who are the most successful sellers: it’s the equivalent of YouTubers, the Twitch “chatters”; those who are comfortable livestreaming, ad-libbing, and holding the spotlight for a sustained period of time.

Shopatainment will spawn a new breed of influencer

A handful of power-sellers will emerge, but they will be new faces, rather than established celebrities or existing popular social media personalities. Instead of models or dancers, star shopatainers are born to sell. These sellers will be people you relate to, people you trust and who can keep you entertained. The sellers won’t always be the product creators, although they certainly can be.

When it comes to buying, more buyers can be validating

Unlike the rise of social vertical communities—a promising trend in its own right—the success of a shopatainment platform isn’t about fostering community and intimacy among a small group of fellow shoppers. Shopatainment is a numbers game, where seeing more shoppers purchase a product helps with conversion. It’s the same psychology behind selecting the item on Amazon with the most reviews, gauging the quality of a restaurant based on how many diners you can glimpse through its windows, or favoriting a “hot” Zillow listing because it’s had 282 other “likes.” The perception of a crowd reinforces trust, desirability, and confidence. And that makes the eventual purchase validating. When there is limited inventory or limited time, the sale feels like an accomplishment that other buyers congratulate you on.

Merchandise can be sold based on perceived value

Shopatainment will be especially effective for products that are either exclusive or difficult to find (or source) elsewhere: collectibles, rare streetwear, and the like. This opens up intriguing new avenues for artists, artisanal food and beverage suppliers, clothing and furniture designers, independent creators, and more. A fashion designer might show off the intricate detailing on a new collection and stage a live, click-to-purchase fashion show of its latest looks. A rancher can present his pasture-raised cows, dry-aging technique, and the fine marbling of a fresh cut of steak—then ship you that very filet. In shopatainment, you’re not just purchasing a product. You can also get the history of the item, the process behind making it, a personal connection to the seller, and the benefit of true-to-life demonstrations and visuals. This results in greater affinity to the product—and gives you more interesting things to say when you’re complimented on it.

Shopatainment is not a one-person show

The opportunity here extends much further than individual sellers. In Asia, top influencers tap third-party companies who supply everything from lighting and makeup to merchandise and script development, supply chain management, and shipping fulfillment. These crews can even be commission-based, receiving a cut of a successful selling session. There’s an army of supporting businesses fueling the shopatainment industry. And given the high frequency of seller burnout, these crews are constantly looking for new sellers to bring into the spotlight. Imagine walking through what looks like an apartment building, but behind every door is a live shopping set that you can rent by the hour.

COVID has accelerated the growth of shopatainment in the U.S., as retailers are forced to pursue new ways to sell to customers beyond physical stores. In addition, many shoppers have more free time to try new apps, and more influencers are looking for new ways to monetize and engage with their audiences. If the U.S. market plays out similarly to China, then we are just at the tip of the iceberg. In the coming years, I believe we’ll see a video shopping revolution, one with multiple winners and a full-fledged ecosystem to support it. Just as YouTube redefined TV production, shopatainment will spawn a new wave of video-first sellers, fine-tuned to online audiences and born for this moment. Shopatainment will change not just how we buy and sell, but how we unwind. In the future, we will binge-watch stores, not shows.